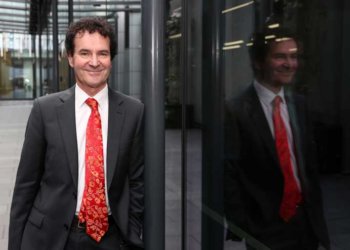 Tony Alexander: How you’ll know we’re out of the house price slump

ANALYSIS: There’s a timeline for how different people find out about what is happening with the economy and housing market at different times. In the case of housing the last group to realise that things are rising, falling or flattening out is the general public. Before them you get the media writing articles. Before that you get those who closely study the data coming out of the likes of Valocity, REINZ and CoreLogic etc.

But before them there are the people at the coalface of the sector who know what is happening often months before the average person reading this does and it is their insights which I seek to gather from the various monthly surveys I run.

My main housing survey is of residential real estate agents undertaken alongside REINZ. That survey gives us the only numerical measures of FOMO (fear of missing out) and of FOOP (fear of over-paying) in New Zealand. It tells me about changes in demand from first home buyers and investors, changes in the things which concern buyers and which motivate investors, changes in auction attendance and interest in NZ property from offshore, and of course pressure on prices.

I can also see when we switch from a seller’s to a buyer’s market and how strongly we are in one or the other.

My latest survey is underway right now and the almost 500 responses so far show things not to be all that different from where they were a month ago – except at the margin and that is where people like myself live. What is changing and how fast is it happening?

At the moment none of the many indicators I gather are changing rapidly. We remain strongly in a buyer’s market with few people attending auctions and open homes and with prices decidedly going down. But if I step back and look at the past few months, I can start to see some interesting things which are best summed up in the last two sentences I will write in this week’s column.

A net 36% of agents say they are seeing fewer first home buyers versus 54% last month. Negative yes, but the least negative since October. 40% of agents say that investors are hoping to find a bargain. This is consistent with 45% last month and 40% at the end of May, but stronger than 30% in February.

There is not remotely a case which can be made yet for things improving – not with rising net migration outflows, near record levels of consumer pessimism, diversion of money to groceries and offshore travel, reports of failing builders and home buyers losing their payments, the highest mortgage rates since 2015, talk of global recession, banks heavily restricting low deposit lending, and most investors not willing to buy unless/until they feel National will win next year’s general election and reverse last year’s tax changes.

There is a backlog of buyers building up who will start to re-enter the market when mortgage interest rates start falling and the belief that prices will keep easing falls away. The factors are very slowly falling into place for rising sales and eventually rising prices in 2023.

– Tony Alexander is an independent economics commentator. Additional commentary from him can be found at www.tonyalexander.nz