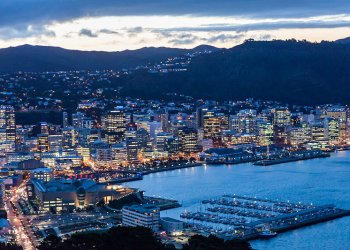 Rent Control Not The Answer To Wellington’s Rental Problems

What we are seeing in Wellington is a sign of things to come for other New Zealand centres with rapidly rising rents, and more government intervention is not the answer.

I have been saying for some time that rents will continue to rise.  Don’t get me wrong, I feel for tenants, I was a tenant myself for many years – and I’m vehemently against making tenants bid for property in auction type scenarios.  I have had opportunities to do this in the past and have refrained, there is something not right about it, it’s taking advantage.

But bringing in rent controls isn’t the answer either.  One of the reasons rents are rising so quickly is because the government is doing everything they can to discourage people from becoming landlords – yet they aren’t adding property to the market themselves.  Let’s get this straight, we need rental accommodation, all across the country.  I’m hoping that’s not news to anyone.  A lot of the rental accommodation currently being provided is owned by private landlords – who are being told that they are bad.  They are making a profit from their houses.  In fact, it gets a lot worse, I’ve been called a greedy bloodsucking leech (gee thanks).  And why?  Because I am in the business of building and renting out good quality accommodation.

As long as the focus of government is to knock property investors, again and again, making it less and less attractive to risk their hard-earned savings by investing in property, rents will continue to rise.

The competition for flats in Wellington has reached new levels.

OPINION: When rents are going up, but queues for flats remain long, it’s not a pleasant time to be a renter.

And at the moment, a lot of students and other would-be tenants in Wellington are pretty miserable. Prospective tenants are adding cover letters to their applications, getting into bidding wars and racing against each other to secure a place to live at greater and greater cost.

Why this has happened is open to debate.

Some people say that free tertiary education is creating a surge in demand, some point to the steady imposition of new costs on owners, while others say landlords are just trying to gobble up increases in student allowances and borrowing limits.

But what everyone seems to agree on is the fact there are just are not enough flats to let in Wellington right now.

According to Radio New Zealand, he recently wrote “there are rules in the Residential Tenancies Act about not putting rent up above the market rate, and we are looking very closely at some of the examples that have been put to us today to see if they would breach that act”.

But if people are still desperate to sign up for flats at these higher rents, then the rents are hardly above “market value”. One would hope Robertson understands that when supply is low and demand is strong, prices go up. The subjective theory of value has been with us for a long time, after all.

In fact, the still-fierce competition for flats in Wellington suggests that, if anything, landlords could charge even more if they wanted to.

There are all sorts of reasons why they might still be holding back. Dr Eric Crampton, a think-tanker for the New Zealand Initiative, outlined a number of possibilities on his personal blog last week. For example, it may be that landlords are looking at things other than a willingness to pay a higher price.

They might demand a lesser rent, for instance, in the hopes of attracting applicants they perceive as being reliable payers.

In our response to all this, there are two words that should terrify us. They are “rent control” – proposed laws to cap rents to a certain amount or restrict increases to a certain percentage.

Forcing landlords to charge below-market rents may fill a psychological need to exert control over a situation, but, in terms of their actual effect, such laws are a terrible idea.

Those worried about climate change often point out that 97 per cent of climate scientists believe that the world is warming due to greenhouse gasses emitted through human activity. It’s a compelling argument because the consensus is so strong. It doesn’t really make a lot of sense for those of us without their expertise to assume they are wrong.

So, what is the consensus on rent control laws among those who study them?

Well, as Paul Krugman, a Nobel prize winner and left-wing media darling has said: “The analysis of rent control is among the best-understood issues in all of economics, and – among economists, anyway – one of the least controversial.”

When you interfere with the market by dictating maximum rents, the effect is to drive more landlords out of the market. It also discourages landlords from investing in improving the housing they provide by limiting the potential return on that investment.

This is why, as Krugman noted, a survey of professional economists once found that 92 per cent agreed with the statement that “a ceiling on rents reduces the quality and quantity of housing”.

And it’s not just centre-right and centre-left economists who recognise how damaging rent control laws are.

In 1989, Nguyen Co Thach, foreign minister of the Socialist Republic of Vietnam, gave a speech in which he spoke frankly of the harm caused by rent control in his country’s capital city. “The Americans couldn’t destroy Hanoi”, he said, “but we have destroyed our city by very low rents”.

Until matters stabilise, we should refrain from doing anything else that makes investment in housing less attractive.

Those who want to heap more costs on landlords while decrying rising rents remind me of Agnes Skinner from The Simpsons. “I want everything in one bag,” she berated her supermarket packer, “but I don’t want the bag to be heavy”.

It is safe to say that this will not be music to the ears of the new government, which is comprised of parties that had an aggressive stance towards landlords when in opposition.

However, being in government involves some obligation to deal with the world as it really is. And in this case, “first, do no harm” would be a sensible approach.