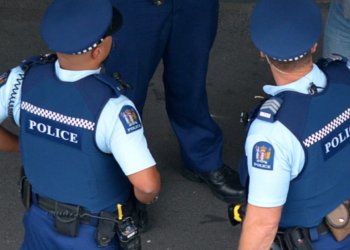 This is what the government’s war on landlords has lead to.

“Intimidation, drug use, violence – you know we talk about child abuse and even witnessing domestic violence for kids is abusive and so when they’re in these motels and they’re witnessing violence from rooms around them, that’s traumatising for them.” Captain Nicki Dutton, Salvation Army

What was wrong with responsible Mum and Dad Kiwi’s owning rental property anyway? It appears that from this government’s perspective, it was the issue of some people making a profit and getting ahead. That’s the one thing they don’t want. People who have a reasonable level of financial self-sufficiency are harder to control. But misplaced ideology aside, Mum and Dad’s were doing a pretty good job of housing New Zealanders, even the marginal, anti-social ones.

The number of people living in emergency accommodation (a deceptive name as it makes it sound temporary) has ballooned in the last year, despite New Zealand recording its biggest ever drop in net migration in the year to March 2021, Stats NZ data shows there were 6600 net migrant arrivals in the year, compared with 91,900 in the year to March 2020, a drop of 85,400. What’s going to happen when the borders re-open and rental housing demand increases?

As I’ve been saying for years now, the government should have built social housing and then attacked landlords if thats what they wanted to do. But no, they couldn’t help themselves, they had to bring in a raft of legislation to disincentivise people from holding rental property. Where did they think people were going to live?

My guess is that while pondering how to improve the lives of NZers, they came to the conclusion that the only reason people rent is because the houses they want to buy are owned by evil landlords. This is, of course, ridiculous. A large number of people will never buy their own home, either because don’t earn a high enough salary, they can’t save a large enough deposit or they don’t want to have the burden of being tied down with a large mortgage and the responsibilities of maintaining a house.

It’s time the government stopped attacking landlords It’s time they put their misplaced ideology aside and considered the cost to tenants’ welfare and the welfare of their children.