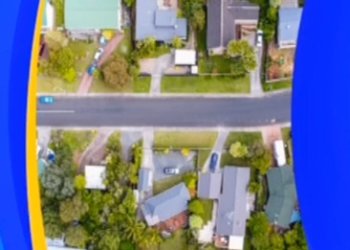 Some people just don’t get it do they.
They should be protesting in front of parliament.

It’s the deluge of new anti-landlord legislation that has been hastily hashed together by Arden’s incompetent government that is driving up rents.

How?  Simple.  The cost of owning and operating a rental property is much higher today than it was 3-4 years ago.

The extreme difficulty in getting bad tenants out of your property once they are in, this has added a lot of additional expense for landlords.

The inability to claim interest on existing property – this is a massive cost increase for landlords and it doesn’t even appear legal.  How can you make one business sector pay tax on revenue when every other business in the country pays tax on net profit.  Even the IRD advised against stopping the ability to claim interest costs in existing property.

The increase in the bright line test from 2 to 5 years.  Your circumstances change, you have to sell and boom more cost in the form of tax.

I could fill the page with things this government has introduced that are increasing costs for landlords, and they are unlikely to stop.

These protestors need to wake up.  Property Managers and Landlords are not their enemy, their enemy is Ardern’s government.

Kiwis demanding drastic rent cuts are planning to protest outside one of New Zealand’s largest property management firms, which they are accusing of profiting from the housing crisis.

Over a third of Kiwis are tenants and as rental prices rise beyond people’s ability to pay, Tenants’ Action is demanding all rent prices are permanently lowered to 25 percent of the lowest Government benefit.

The group will be protesting outside Quinovic’s Kent Terrace office in Wellington on Thursday with a list of 10 demands. And rent cuts are at the top of that list.

The demands include landlords providing evidence they are addressing repairs one week after being notified by tenants, a minimum tenancy of five years with tenants able to exit earlier, abolishing flat inspections, one year notice before selling or reoccupying the house and pets being allowed in all flats.

The group is choosing to protest outside Quinovic in hopes they will take on the demands and set an example for other landlords and property managers.

Quinovic Property Management CEO Grant Sheridan told Newshub he hasn’t been contacted by the protest organisers and only became aware of it through the media.

“As property managers, we do not make the tenancy laws, but we are required to abide by them along with property owners and tenants,” Sheridan said.

“The ’10 demands’ set down by protest organisers would in general either require changes to current tenancy laws or the introduction of new legislation at a government level.

“We care about our tenants and the property owners who trust us to manage their homes. We agree that an ongoing, constructive debate about both social and commercial housing regulations, availability of homes and housing affordability in New Zealand is needed.”

He said Quinovic welcomes the opportunity to be part of that conversation.

“We are in support of regulatory reforms and have been involved in recent submissions to regulate the property management industry.”

But Tenants’ Action said Quinovic has a long-standing reputation as a “ruthless organisation”.

Quinovic is a national network of franchise-owned offices and is no stranger to criticism. It has made headlines over the years for telling a woman to move out of her flat because she was pregnant and taking bond money from a man who died in his bed because they had to replace the damaged mattress.

“Although they are far from the only offender, they are certainly one of the highest-profile and

continue to profit from a crisis that has left so many New Zealanders without healthy, affordable or secure homes.”

Stats NZ found prices for new rentals in June were up 5.1 percent year-on-year and increased 0.4 percent compared to May, after falling in May versus April.

Prices for all rentals, or “stock” rental properties, were up 4 percent year-on-year and also increased by 0.8 percent month-on-month – after a 0.3 percent fall in May.

Tenants’ Action believes renters can improve their situation by questioning the power wielded by landlords and property managers.

“More of us are now permanent renters, with next to no housing rights or protection,” Campbell said.

“Landlords and property managers in Aotearoa have almost total power over our lives.

“We are living in damaged housing, paying unreasonable bonds, and enduring landlords and property managers who show up at random. Without long-term leases, we have no security about where we live. We are paying sometimes over half our income on rent, and yet we can’t call these homes our own.”

Tenants’ Action claims any landlord or property manager can immediately implement their demands if they choose to, rather than waiting for governmental or legal intervention.

They said the demonstration aims to give Quinovic an opportunity to apply the demands and operate ethically in their position of power.