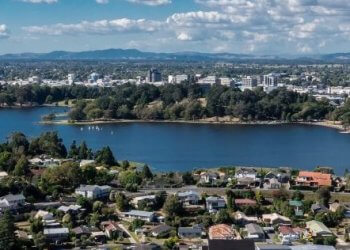 Over the past 10 years property prices have risen on average in Auckland by 98%.

Tauranga house prices are up 75%.

By comparison, Hamilton has ‘only’ risen 62%.

Another potential bonus to Hamilton and the surrounding towns is the $1 billion regional development fund.  The new government wants to spend $1 billion per annum on infrastructure in the regions over the next 10 years.  Considering the Waikato’s population growth, some of this money can be expected to be invested in our region.

Latest REINZ stats are out showing National Median Price is up 23.4%...

House prices are high, but will go higher?

NZ house prices could go higher if for no other reason than...