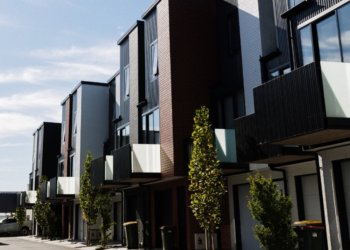 Hamilton city has never been very friendly towards infill development, at least in my 18 years experience of development in the city.

Last week I received letters for 5 of my medium density land bank sites saying they are now historic or of natural significance – in other words – I can’t build what I had planned to any longer.  No notification, no consultation.

As building affordable medium density is my business, this latest anti-development move by council will cost me significantly as my land can no longer be used for its highest and best use.  As if the development of new housing wasn’t hard enough today, I’ve just taken a multi million dollar kick in the guts.

I’ve heard that thousands of property owners in the city have received similar letters from Hamilton City Council.

What many people can’t seem to grasp is that Hamilton needs more cheaper housing.  Hamilton doesn’t have the ocean with beautiful beaches, we don’t have mountains.  What we do have is the Waikato River, which can and should be protected.  But our main advantage is our geographic location.  This makes us attractive to large businesses setting up shop here, but only if they can employ staff at competitive rates.  For that we need affordable housing – something Hamilton City Council have taken another step against today.

It’s easy to block development, you just send out letters.  It’s much, much harder to plan for development, to build infrastructure, to work with developers to create a thriving metropolis.

Yes a lot of money has been spent on infrastructure, but mainly for greenfield sites to allow multi-million dollar homes to be built for the few.  I’m building $700,000 homes.  Places first home buyers can get into.  Potential investments for people planning and saving for their retirement and providing warm, heathy places for tenants to rent.

This is just more NIMBYism.  Instead of the neighbour saying no to more development the council is doing it for them.

Very disappointing, but not surprising.  I knew they’d do something to try and block more development, here it is.

Hamilton Says No To Blanket Approach To Housing Intensification

Government’s blanket approach for housing intensification isn’t right for Hamilton – that’s the blunt message from the city’s Mayor and Councillors.

Hamilton City Council is on a mission to build a beautiful river city, and Councillors at today’s District Plan Committee said Government’s one-size fits all regulation put these plans at risk, and pays no regard to the ability of Hamiltonians to shape the city they live in.

Council’s response to the Government’s directive is to change the city’s planning rules, making sure local social and environmental impacts are considered, instead of rampant and unstructured development.

Dubbed Plan Change 12, the proposed changes will modify the level of intensification directed by Government to take into consideration the impact on the health and wellbeing of the Waikato River and infrastructure required to support it. Plan Change 12 will be put before full Council on 18 August for approval before being released for public feedback.

“Our team has spent the past six months looking at how we could make Government direction work for Hamilton; protecting the parts that make us special like the Waikato River but also providing much needed housing for our people. I think our community can be reassured we’ve done everything we can to get a balance that’s right for Hamilton in the face of poor and rushed legislation with no consultation with us.”

Arguably the most controversial rules directed by Government is the ‘three by three’ rule – which means people will be able to build up to three homes of up to three storeys on most sites, without needing a resource consent.

Councillor Hamilton said the city’s proposal will mitigate this free-for-all approach in the general residential zones through requirements for landscaping, permeability, trees, rainwater tanks, minimum lot sizes and financial contributions from developers. Higher storey buildings will be contained to the central city and walkable areas around it, including Whitiora, Frankton and parts of Hamilton East.

“The new legislation failed to recognise that Hamilton has been achieving high rates of infill housing for years through our duplex policy and already has significant capacity in the city in the pipeline. In short – we’re already doing the job well.

“Our focus on density in this way continues our work to build a vibrant central city and support business, lifestyle and housing for our people.”

The proposal also goes beyond Government requirements to provide for better environmental and transport outcomes for new developments, and the things that make our city a nice place to live, Hamilton said.

If approved by Council later this month, Plan Change 12 will be notified under the Resource Management Act 1991 for public feedback.

As Council is proposing to modify the approach set out by Government, the new rules are not expected to come into effect until the full plan change process is complete – likely late-2023 or early-2024.