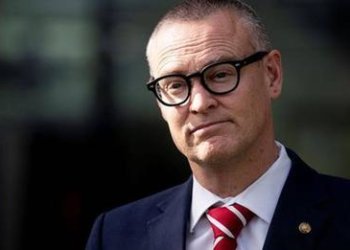 This is yet another example of poorly planned legislation rushed in by this government. They refuse to work with industry to craft meaningful and effective policy.

The supposed intend of the CCCFA was to protect borrowers from predatory lending. The actual effect of the policy has been to lock many first home buyers out of the market. It has driven many others to 2nd tier lenders, non-banks. These non-banks charge higher fees and higher interest. So the policy has had the opposite of the intended effect.

It’s laughable that the Minster, David Clark says the CCCFA is not the cause of the reduced lending. Just ask any mortgage broker how many home buyers they have not been able to obtain funding for, even people who in the past would have obtained funding in the blink of an eye.

David Clark’s comments are akin to Jacinda’s when asked about inflation and how the cost of almost everything in NZ is rising at record rates. She states that government spending has no affect on rising costs. Really? I think I’d rather take advice from the Nobel Prize winning economist Milton Friedman on that subject. He states that “inflation is always and everywhere a monetary phenomenon”. What that means is, when the government prints more money, there is more money chasing the same number of goods and services. And in the case of the draconian lockdowns and mandates, there is more money chasing less goods and services. Government is directly responsible for many of the inflation pressures being felt today.