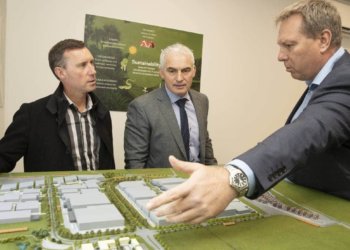 “We expect the Golden Triangle’s dominance as New Zealand’s economic powerhouse to continue to gather momentum. This will add further impetus to the already high levels of property development and investment activity in the region.” Ryan Johnson, Bayleys National Director Commercial and Industrial.

Bayleys Waikato’s Commercial Manager David Cashmore said “the biggest game changer for Hamilton will be the Ruakura Superhub being developed alongside the Waikato Expressway by Tainui Group Holdings.

It encompasses a 490ha master-planned community which will include an inland port being developed in a joint venture with the Port of Tauranga and logistics and industrial precincts.

The impact of this massive 30-year project will be immense and is estimated to create up to 12,000 jobs when fully developed with an annual $5 billion contribution to the economy.”