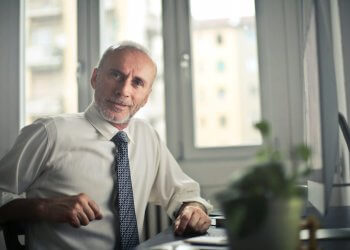 John Kenel: Do Not Even Think About Relying On Your Pension

I’m an optimist.  I think things, in general, will work out.  In terms of the economy, whether National or Labour rule the roost, we’ll carry on, things will be OK.

But pensions, they concern me.  All those teachers and policemen and council employees with special pensions, and also the standard NZ pension that everyone is entitled too.  People believe that they will be paid a decent pension in their retirement, but I’m not convinced it’s going to happen.

As with many things in little old NZ, we tend to follow the US – for good and bad.  The US is experiencing huge pension problems now, and it’s going to get worse.  Pension costs already consume 15% of some big city budgets in the US.   These liabilities are crowding out the ability for these cities to pay for development and infrastructure improvements, let alone to provide basic services.

Here’s an excerpt from a recent article by Paul Hatfield, City Watch LA:

“Consider the City of Los Angeles, which Paul Hatfield, writing for City Watch L.A., recently characterized as being in a state of “virtual bankruptcy.” After a period of stability going back to 2010, violent crime grew 38% over the two-year period ending in December 2016. Citywide robberies have increased 14% since 2015. One possible reason for this uptick: the city’s population has grown while its police department has shrunk. As Hatfield explains: The LAPD ranks have fallen below the 10,000 achieved in 2013. But the city requires a force of 12,500 to perform effectively… A key factor which limits how much can be budgeted for police services is the city’s share of pensions costs. They consume 20% of the general fund budget, up from 5% in 2002… It is difficult to increase the level of service while lugging that much baggage.

What about subway service in New York City? The system is fraying under record ridership, and trains are breaking down more frequently. There are now more than 70,000 delays every month, up from about 28,000 per month five years ago. The city’s soaring pension costs are a big factor here as well. According to a Manhattan Institute report by E.J. McMahon and Josh McGee issued in July, the city is spending over 11% of its budget on pensions. This means that since 2014, New York City has spent more on pensions that it has building and repairing schools, parks, bridges, and subways, combined.”

Unfortunately, these problems are only going to get worse as people are living longer.  They will not only draw their pensions for longer, but many state pension plans also have built-in inflation and cost escalation clauses, so the liabilities will keep on increasing.

The best you can do is plan to take care of yourself.  Think long and hard, take some good advice and invest in income producing assets that will rise in value with inflation, which, one day, is bound to return.  Think in decades not years – building real assets and cash flow takes time, the earlier you start the better.

Good luck and I hope it works out for you.  The better off more Kiwis are, the better it is for all of us.  If we are all doing OK then crime will remain in check, we will have the services we want and need and NZ will remain a fantastic place to live.