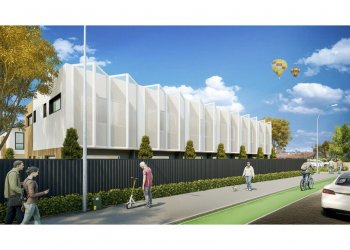 A stand-out residential development in a prominent Hamilton location is among projects soon to be undertaken by Assured Property Investments.

The company, led by Cambridge resident John Kenel, and is aimed at producing high-quality developments for the residential investor market.

Over the past 16 years Assured Property Investments has completed close to 1000 residential units across many developments, mainly in Hamilton but some have been in Cambridge and Auckland.  It has 21 projects under way in Hamilton. 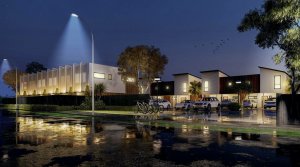 Kenel said his focus was residential investment properties and almost all of his investors were ‘Mums and Dads’ looking to find a way to reduce their working hours with another means of generating income.

”These are all smart and active people who are thinking ahead who want to invest in a second or third property. When they buy a property from us it enables them to build new healthy homes so its a win-win situation.”

Born in Coromandel and schooled in Matamata, Kenel trained as a pilot and has spent time in Europe.

”When I was overseas my parents told me I should buy a house. So I bought my first house in Cambridge, which I still own. I am a property investor first and then a developer. As a long-term investor I bought more properties. I found I could help other people into property investment so in 2004 I decided to make a business out of it.”

Among Assured Property’s projects were six four-bedroom townhouses near Waikato University and another complex in Grey St. It currently has a $10 million sold-out project of 24 units underway in Dinsdale which is scheduled for completion at the end of  April.

Another brick, cedar and Colorsteel development in Palmerston St is also sold-out. It recently completed eight four-bedroom townhouses near Waikato Hospital which is let to an international company. 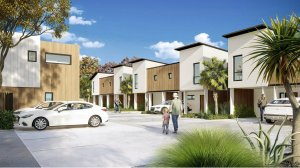 Its latest project is now before Hamilton City Council’s Urban Design Committee: a development of six four-bedroomduplexes, six four-bedroom townhouses and six two-bedroom apartments at 150 Te Rapa Rd, opposite the Forest Lake Rd intersection. The project, on 2600 square metres, will require an existing house to be removed.

”We have gone to council’s Urban Design Panel before submitting the plans for resource consent. It is a service made available by the council and the panel includes architects and urban designers.”

Because of its prominent location, the $8.5 million Te Rapa Rd project includes distinctive screens between the townhouses and the traffic thoroughfare.

This will be accompanied by thicker glass, additional insulation in walls and ceilings, sound-proofing, and a means of ventilation without having to open the windows, Kenel said.

However, things aren’t getting any easier in the property development scene, with a list of consenting hurdles and regulatory costs now making up about 30 per cent of the finished cost of a dwelling.

The cost of land had jumped by about 25 per cent in recent months and the effects of the Christchurch earthquake continued to add greatly to construction costs, Kenel said.

”As an example, I had two projects opposite each other on the same street. The floor on one had four metre-deep timber piles which cost about $18,000. The other had 16.5 metre-deep steel piles filled with concrete which cost $115,000, to guard against liquefaction, as happened in the Christchurch earthquake.”

Assured Property Investment’s mission is to provide good-quality, affordable property investment opportunities, and to design and build with the investor and the tenant in mind in high-demand Waikato locations, Kenel said.