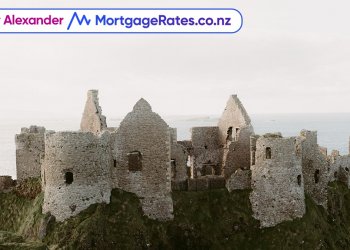 About three-quarters of all residential properties in New Zealand have a mortgage over them, usually held by one of the Australian-owned banks. The total amount lent to Kiwis for these mortgages is almost $300bn. So, what happens with interest rates can have a big impact on the willingness and ability of most Kiwis to spend, save for retirement etc.

Up until the 1980s, the biggest issue for people with mortgages wasn’t so much the interest rate they paid as getting a mortgage in the first place. That is because the Reserve Bank would mainly influence inflation in the economy by changing rules on how much banks could lend.

Following deregulation of the banks and the financial system in the mid-1980s the flow of credit radically improved and the Reserve Bank stepped right back from credit controls and focussed on changing interest rates as its main method for influencing the economy.

As it turned out, the initial easing of lending criteria from 1984-87 was a bit too excessive and created the conditions which produced the sharemarket crash of late-1987. Following that event, banks tightened up their lending standards to levels of a more professional nature. That is why when the Global Financial Crisis came along in 2008 the financial institutions experiencing bad debt problems were not the banks but the finance companies who “took over” the risky lending from the mid-1990s.

Following the GFC, lending standards tightened again and then the Reserve Bank formally reintroduced credit controls through the Loan to Value Ratio rules (LVRs) from 2013. In some regards the circle has down a full-turn for credit controls over a three-decade period. What about interest rates?

The rise and fall of interest rates

Initially, with entrenched inflation, the Reserve Bank had to push interest rates to extremely high levels in the 1980s to get inflation under control. The cost for many was extremely high, including for farmers struck with a high exchange rate. From 1992 inflation in NZ fell to 2% and has averaged that rate ever since. Interest rates structurally fell in response, represented by the average six-month term deposit rate for instance falling from 12% to around 6%.

Mortgage rates fell as well, but they would still hit peaks near 11% in times of inflation fighting. This happened in 1998 and again in 2008. But after the 2008-09 recession our interest rates settled at structurally lower levels for the second time as we all adopted some more sane attitudes toward our debt levels and management of that debt.

There was a third structural decline in average interest rates starting in 2015 which extended through to last year. This happened after the Reserve Bank raised its official cash rate by 1% over 2014-15 in anticipation of our good economic and jobs growth pushing inflation higher. But inflation turned out to be almost 2% lower than predicted and they slashed their main interest rate by 1%. They then cut it by another 0.75% last year when again inflation failed to perform as they expected.

The global story following the GFC has been that strong growth in any country has not produced inflation as used to happen. The dynamics have changed and maybe one day I will devote a column to looking at why. Suffice to say, interest rates now do not need to be as high as before to keep inflation in check.

Which brings us to this most recent decline in our interest rates which is part structural and part temporary. The Covid-19 shock may have again pushed inflation structurally lower, and we now have the lowest term deposit rates since at least 1961 when records started, and the lowest mortgage rates on record as well.

Will this latest decline in rates unwind? Partially yes, one day. But given the strong determination of central banks globally to ensure their economies get back off the floor following this shock, the chances are high that borrowers (and depositors) will face extremely low interest rates for the next 3-5 years.

To sign-up to either my free weekly Tony’s View publication, or weekly Tview Premium plus extras, go to www.tonyalexander.nz