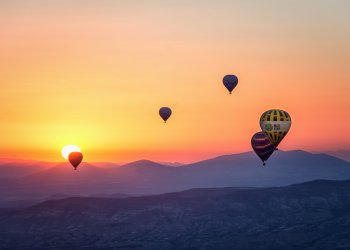 Property has been a hot-topic in 2017, with politicians, analysts, commentators and journalists hypothesizing a market crash that will negatively impact the property market – with rent dropping and property devaluing.

When I look at the property market, however, I see a fantastic opportunity for investors to generate higher returns in 2018. Here’s five reasons I believe that average rents will rise in 2018 – meaning it will be prudent to be owning a property, rather than renting one.

Forget the days of 10% deposits. 95% of property investment loans will now require 40% deposits on pre-existing property, as the result of new legislation introduced in September 2016. This new loan-to-value ratio was originally targeted at Auckland but has now been implemented nationwide. With the average Auckland property costing $975,087, investors may need to front up as much as $390,000 just for the deposit.

The new regulations were introduced to help first home buyers gain a foothold in the market, but may have a serious negative impact on those who rent. These restrictions apply only to major banks (e.g. ASB and ANZ) and non-bank lenders can make up the difference, but if a property costs more upfront to your landlord it can be expected that this will be passed on to the tenant.

New Zealand is experiencing an influx of immigration like never before. 2016 saw the biggest population jump in NZ history – with a growth of 97,000 people – with new immigrants disproportionately represented. Fewer people are leaving New Zealand –  as Australia’s economy slows down and the trend of New Zealand immigration across the ditch reverses, the numbers remaining in New Zealand continue to grow. As of writing, this trend shows no signs of slowing down.

New immigrants can encourage construction but few come prepared to buy a house outright, and a large new group of people all seeking rental properties in the major cities will drive up rental costs.

Banks are beginning to heavily crack down on lending to investors and developers.  The banks not getting enough deposits by savers, so are having to cut back on lending. ANZ’s Head of Mortgages Glen Stevenson stated that while the bank is still lending to investors the new rules have cut out a chunk of market. This makes borrowing more difficult and expensive, discouraging investment and development in rental property.

The average house price in New Zealand has been increasing for the past few years – by 6.5% last year and 15.6% the year before that. While average rent costs have also been increasing, buying and selling is the more financially appealing prospect. This results in fewer buildings being held long term and being made available to renters – and that doesn’t look likely to change in the future.

Interest rates have been rising for the past half year, with all the major banks having increased their rates to 5.4%. While down from 9.34% ten years ago,  this still constitutes a rise from the 4.58% of 2016.

There is no indication that these rates will decrease, with former Prime Minister Bill English stating that he sees interest rates increasing steadily in the future. Rising interest rates means rising costs for property investors – which will soon translate to increased rents.

So What Does This Mean for Rents?

If you are a renter, brace yourself for 2018, because these five factors are all contributing and greatly increasing the trend of rising rental prices in New Zealand. Until measures are taken to address these issues, both renters and property investors can expect a hefty jump in prices over the coming months and years.

So what should the reader do? Is this a call to look to invest in property? Own their own home? What’s the recommended action?